← more from
Glitterbeat Records
Get fresh music recommendations delivered to your inbox every Friday. 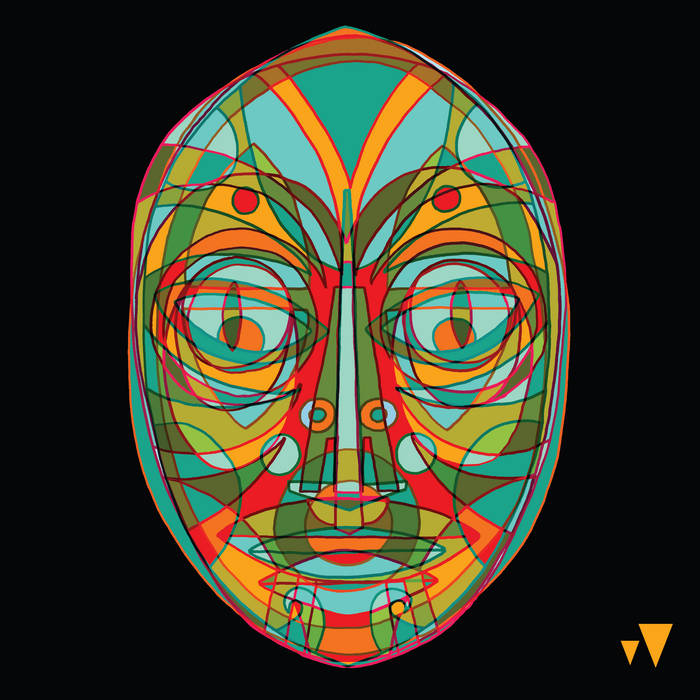 Carsten Pieper Great, their debut re-issued. No-brainer for me, I love all their stuff.
I consider them the Brazilian Budos Band, which is meant as a big compliment, of course! Favorite track: Grito de Paz.

BeastmasterXmas Been waiting forever for this reissue, much thanks! Would love a CD reissue.

“Imaginative, progressive… Sao Paulo’s Bixiga 70 are using Afrobeat as the stock in a stew that’s spiked with ingredients from Brazil, the Caribbean and other parts of Africa.”
-- The Guardian

Glitterbeat Records is very excited to reissue the out-of-print debut album from Brazil's 10-piece instrumental powerhouse: Bixiga 70. Originally released a decade ago, the self-titled record is the bold mission statement for the acclaimed albums that followed. Urgent and uncompromising. An inspired soundworld where Afro-Brazilian traditions and retro and contemporary sonics seamlessly meld together.

Bixiga 70, the ten-piece horn driven instrumental group from São Paulo, have in the last ten years firmly established themselves as one of the most acclaimed and influential exponents of contemporary Afro-Brazilian sounds. Over the course of four thrilling albums (see discography below) and heavy touring throughout the world, the band’s reputation is now undeniable. The extent of their reputation can be measured not only in the loyal audience that they have gathered, but also by the fact that the band members are much in demand collaborators and have appeared on a plethora of records, including recent ones by Brazilian legends Elza Soares and João Donato.

To celebrate the band’s 10th anniversary Bixiga 70 and Glitterbeat Records have come together to reissue their self-titled debut album, first released in 2011 on their own São Paulo based Traquitana label. The reissue will be LP only and is specially mastered for vinyl and lovingly packaged in a gatefold sleeve.

Guitarist Cristiano Scabello tells us that the recording of the debut album, “was the beginning of a long and happy story in which we spent a lot of sweat, hours of rehearsal, dedication, research and study.” Keyboardist and guitarist Maurício Fleury feels that the album’s raw but optimistic vibe is possibly even more pertinent today: “we could feel that we were doing something that felt important then and we tried to come up with a Brazilian answer to what we were listening to from abroad. I think that listening to this album nowadays can bring some of that hope that we shared at that time, shedding some light on the dark times we are going through.”

Named after the cultural melting-pot of their home base in São Paulo’s Bixiga neighbourhood, with an added tip of their hats to the inspiration of Fela Kuti’s Afrika 70 band, Bixiga 70 came together from diverse musical backgrounds and from their inception operated as a collective, sharing the songwriting duties and the running of their recording studio. In fact, the band’s embryonic musical endeavors began at their Traquitana studio on 70 Treze de Maio street (one of Bixiga’s busiest nightlife areas). It was from those energized recording sessions that the first album was born, sessions where the band passionately explored elements of Brazilian, Latin and African music to create inspired, dance-floor shaking instrumental themes and anthems.

Considered by many to be the birthplace of samba music in São Paulo, the vibrant Bixiga neighbourhood fed their collective imaginations as the band created their own individual and sure-handed take on the 70’s cosmopolitan music of Ghana and Nigeria, the rhythms of African-Brazilian religious terreiros, hip hop, space jazz, malinkê, cumbia, carimbó and blaxploitation soundtracks. It was a musical vision that blurred the line between past and future and embraced a complex menu of grooves and global sounds.

From the very first album the band created a compelling mélange that almost immediately propelled Bixiga 70 to the forefront of Brazil’s contemporary instrumental music scene - a place where they have remained ever since. The band’s self-titled debut is anything but the typical first album. It is in its own way, every bit as accomplished as the records that followed.

It is the watershed. A deep and unforgettable first cut.

1. Grito de Paz (Mauricio Fleury / Ben Lamar)
The first track on the album is also the first original composition ever arranged by the group. It is a unique tropical combination. The rhythms of Cuban santeria weaved by traditional West African clave, disco beat and African-Brazilian chants from the 70’s.

2. Luz Vermelha (Mauricio Fleury)
Brazilian swing colored by rhythms and unisons inspired by malinkê music and a laid-back
atmosphere that brings to mind producers like Eumir Deodato and even J Dilla.

4. Mancaleone (Marcelo Dworecki / Kika)
Most experimental track of the album, a mix of swinging Brazilian psychedelic jazz and highlife vibes.

5. Zambo Beat (Décio 7 / Kika)
This track is a melding of ketu drum patterns (from candomblé culture) and Jamaican beats, which swirls into a psychedelic and epic ending.


6. Balboa da Silva (Cris Scabello)
Tribute to the former boxer Nilson Garrido, who created a street boxing ring in Bixiga’s Viaduto do Café. Electrified funk with angular horns this is a song about the never-ending struggle of Brazilian people.

7. Desengano da Vista (Pedro Santos)
Written by the brilliant percussionist, composer, instrument inventor Pedro “Sorongo” Santos, and featured on his masterpiece album Krishnanda, which is collected by DJs and researchers across the world, but not that well known in Brazil. The track features a mix of different afro-sambas with a Jamaican dub atmosphere.

“Bixiga 70's first album was one of the most important events in the band's career. It was the beginning of a long and happy story in which we spent a lot of sweat, hours of rehearsal, dedication, research and study to achieve this result. It was certainly the record that changed the careers and personal lives of all of us, paving the way to our own path and projecting us in the Brazilian and international music scene. It was with great happiness that we saw this realization happening in front of us and reverberating on people in such a natural way. I clearly remember the feeling of being in synergy with what was happening culturally at the time we recorded this album. As if we were in the right place, doing the right thing at the right time. Looking back 10 years after this release, I think we were.”
– Cristiano Scabello - Guitar Player

“Living where we live and doing what we do has always been a struggle, but by the turn of the last decade we were very hopeful, lots of new projects starting and we had the energy to put together a ten-piece band and record our first album with the music we wrote ourselves in a totally independent way, counting on the help of good friends and people that liked our music. We could feel that we were doing something that felt important then and we tried to come up with a Brazilian answer to what we were listening to from abroad. I think that listening to this album nowadays can bring some of that hope that we shared by that time, shedding some light on the dark times we are going through.”
- Maurício Fleury - Guitar and Keyboard Player

“For me, playing with Bixiga 70 is always a huge challenge, not only musically speaking but also in terms of energy and density. we all have to be on point, because the audience will certainly be. Back then it was an even bigger task for all of us because it was the first time we all were in this position of playing the leading role in a performance with such physical and emotional demand. Our first album materializes that moment of discovery for us, it opened up the gates, and gave us recognition around the whole country. It led to new audiences, new experiences, and totally shaped what we have been doing ever since. We had a great time doing the album, it was big time fun. But none of us knew what we were about to experience. A life changing achievement.”
- Daniel Verano -Trumpet Player

“It’s hard to believe that it’s been 10 years. Looking back, I clearly see how we were in the process of developing ourselves as musicians, as a band, as artists, as recording engineers, etc. And at the same time, what stands out to me is that there is a sense of optimism and confidence that were deeply rooted in the moment we were living in Brazil. Hard to believe it’s been 10 years”
- Cuca Ferreira - Sax Player

Bandcamp Daily  your guide to the world of Bandcamp

Little Brother joins the show to discuss their beautiful journey, plus tunes from Fat Tony